The technology of neon luminescence under the influence of electricity 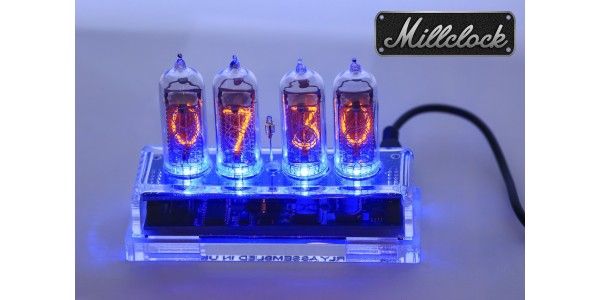 The technology of neon luminescence under the influence of electricity The neons property to shine under the influence of electricity makes it possible to use them for a variety of purposes. Transparent clock case, made in the postmodern style, shows time precisely due to this technology, what perfectly complements the modern method of the clock’s luminescence.

How the neon tubes light up Glass sealed tubes, which contain low-pressure neon inside and electrodes when an electrical motion appears in the circuit, show activity. Due to this, the luminescence occurs around the source of energy in the form of a figure. The complexity of this technology lies in no traces of electrolysis over time on the surface of the electrodes, so an additional liquid is placed inside the tubes, which in a calm state returns the microstructure of the metal to its former state. Given that the tubes are hermetically sealed, there is a confidence, that the resource of their work is limited only by natural processes inside the metal.

This is actually eternal, because in a normal environment the metal does not lend itself to corrosion, and the neon liquid serves as a kind of preservative that saves the metal for a long time. Energy consumption of neon clocks Due to the low pressure inside the tubes, an additional space is created for the motion of the luminous neon molecules. This property is actively used by scientists in the development of this technology, because if it has more molecular space inside the gas, then the lower its resistance. Based on the known electricity laws, the lower the resistance of the body, the less loss it has on the way, that’s why the clocks has extremely low power consumption, so it can work with a low charge for a very long time.

The mechanism preventing cathode etching and tightness of the tubes ensure long-term work of the clocks, which is its main advantage. Design of neon tube clocks This device is made in the experimental radio-technical style, which totally complies with the boldest human’s ideas. Inside the glass tube there is a block with numeric electrodes, which are connected to an electrical circuit.

Due to the action of electromagnetic radiation, the molecules of the neon gas begin active movement, which causes a brightly-expressed luminescence. Fluctuations in the electric flow cause a peculiar wave-like luminescence, which gives the house a unique atmosphere of cosiness and futurism. Tubes are placed on top of the PCB-blocks, which carry out uninterrupted work of the clock. Their thickness was increased specially to improve the overall build quality. Thanks to the use of high-quality materials, the system has a very low chance of failures in work, as well as a long-term guarantee.